Substantial postings about constructed languages and constructed worlds in general. Good place to mention your own or evaluate someone else's. Put quick questions in C&C Quickies instead.
Post Reply
7 posts • Page 1 of 1

Howdy your suggestions merited and requested!

I'm thinking of trying to create a constructed language that is based on what birds do to communicate with each other.

Quick version of the question -- which grammatical categories carry (for you; in your opinion; generally speaking) the most meaning. Which are the most dispensable, which the most mandatory?

I have been listening to birds lately. They say the same thing over and over. My fictional characters spend a lot of time with their birds. So, in creating a bird-like language, I might hope to use reduplication of sounds, particularly of syllables, as a major meaning-bearing element. Say it twice, it means negative; say it three times it means formal; that kind of thing. Also, tack-on syllables at the front or back of an otherwise consistent phrase. Say the phrase, then say it with the middle part repeated; or, say the phrase, then say two syllables before it and repeat the phrase; then repeat the phrase with that two syllables after it; that kind of thing; and each change would bear a new (and perhaps unrelated) meaning.

I would hope that I'd produce an end-product of a language that did NOT look like a typical "skin put on top of English". My suspicion is that I'd be radically departing from many of the standard English and/or Indo-European structures and requirements, such as most, or all, of the linguistic concepts of person, number, case, aspect (a.k.a. telicity), tense. Will it be ergative-absolutive or nominative-accusative or will it be something new? I don't entirely know. I'd be excited to break new ground but ... uh ... it's daunting. I wonder which grammatical categories I can blithely eradicate, and which I just can't survive without.

So my inquiry is more directed at the act of creating a language, than at the idea of what this particular language should have. In your experience, when doing without a certain grammatical category or other, how debilitating was it? With other categories, was it not difficult at all to excise it from your con-lang?

Just getting started, thinking my way through it, thanks for any commentary!
Top

cliftonprince wrote:Quick version of the question -- which grammatical categories carry (for you; in your opinion; generally speaking) the most meaning. Which are the most dispensable, which the most mandatory?

Well, hypothetically all you need are verbs and maybe a few particles--this is how some linguists analyze certain Salishan languages (but NB that the line between "noun" and "verb" can be blurry in polysynthetic languages, so YMMV). Many languages do without adjectives as a distinct category, either folding them into verbs (so instead of an adjective "big" you have a verb "to be big") or, more rarely, nouns (so you might convey "big house" as something like "the house's bigness"--NB I don't know of any language that does this universally [though it may well exist], but many Semitic languages have a tendency to use noun phrases in many places where Indo-European languages would use noun + adjective). If your language has lots of case markers, it can easily do without adpositions. Or these can also be replaced by verbs or verbal inflections (many of the languages of the PNW, for example, have rich inventories of locative morphemes that express where the action takes place).
"But if of ships I now should sing, what ship would come to me,
What ship would bear me ever back across so wide a Sea?”
Top

Welcome cliftonprince! Have some pickles and tea! (It's a tradition for welcoming new members here). 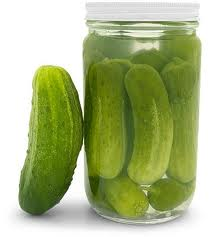 ìtsanso, God In The Mountain, may our names inspire the deepest feelings of fear in urkos and all his ilk, for we have saved another man from his lies! I welcome back to the feast hall kal, who will never gamble again! May the eleven gods bless him!
kårroť
Top

Thanks for the tickles and uh ... beware the Spoonerism's mighty blow! ...
Top

Zaarin wrote:Well, hypothetically all you need are verbs and maybe a few particles ...

Thanks for the comments. My impression indeed is, that all birds ever do is holler verbs and greetings at each other.

Well, speaking of songbirds specifically, most of what they're saying is either, "My territory, keep out" or "Heeeeeey, pretty lady." :p
"But if of ships I now should sing, what ship would come to me,
What ship would bear me ever back across so wide a Sea?”
Top

Maybe you can make a lyrebirdlang, they've got some awesome birdsongs.
https://www.youtube.com/watch?v=XjAcyTXRunY
Top
Post Reply
7 posts • Page 1 of 1